We had a nice chat with one of the stock people at Safeway. She said that she'd seen someone load up a full cart with jugs of milk. The staff were all laughing because it all expires on the same day. Are people seriously freezing milk?! There is NOT A SHORTAGE - if things sell out, they will be replenished once the next order comes in. Our shipments are not at a standstill - Please, people, stop panic-buying!

I also want to mention that humans have lived without all these "luxury goods" for centuries. There are alternatives to using them. If you have legitimately run out of toilet paper (and can't get more because these jerks keep stockpiling it), then consider using a bidet (or a diaper-sprayer, or simply a pop-top water bottle that squirts), OR think of using "family cloth" (reusable fabric squares that get washed once soiled). Heck, in a pinch you could use some of the leaves that will be growing outside soon, or some people joke about using their mismatched socks!

Overall, let's take care of each other (even though we're supposed to stay long-distance). If you have extra TP, share with someone who has run out. In the grand scheme of things, it is more important to be kind than to use something unnecessarily plushily soft on your bum.

Posted by livingnaturally at 10:21 No comments:

Although spring seemed to arrive early, my cukes and squashes did not take well to being transplanted outside so early. I lost all of them, so I direct-seeded a new batch. I still kept the same types as before though, just a couple of each. My mother also gave me 1 spaghetti squash and 1 butternut squash plant, which are already flowering. The rest are about a couple inches high but doing well.

A couple hills didn't sprout though, so my husband has offered to put some heirloom pole beans in their spot. I'm fine with that. He also cleared another area of garden and planted roughly 44 feet of 'Green Arrow' peas. I know we're planting rather late (June 25th), but supposedly these peas do fine even in heat. That's why I chose them over the Homesteader peas. We're also going to plant some cilantro in the empty end-row by his potatoes, simply because that's his national herb.

He's become quite the avid gardener, and offered to build me bean/pea trellises. He enjoyed the project and shows off his gorgeous potatoes and onions to anyone who will listen.

The whole family chipped in to weed the garden thoroughly a few days ago, and despite having a very dry winter, we are having a summer filled with thunderstorms. I have only had to water my garden twice this year. Bring it on!

Posted by livingnaturally at 20:03 No comments:

Spring is sprung, the grass is riz... and I just realized I never posted my total harvest count for last year! So here are the numbers. My husband took a more active role in gardening, which you can see evidence of in our potatoes. That's all he wanted, so we ended up planting nearly 90 hills of potatoes. We planted half our garden in corn, but it didn't seem to germinate, so we re-planted, and then it ALL came up! However corn never yields very good here, combined with the overcrowding and it was not impressive. So that's the third and last attempt at corn.

We have his sister living with us this year, so we'll have extra garden labour, however I'm working part-time and also pregnant, so that will be a hindrance to weeding and harvesting. Our oldest daughter is 5 now, so she will have her own little plot. She's decided on spinach, lettuce and carrots, plus there are already a couple strawberry plants in her bed so I'm sure she'll have fun tending it.

I planted several bulbs of garlic in the fall, so we'll see if they sprout. I already have one gentleman from the community who has said he'll take as many as i want to get rid of. There is also a couple that said they'd like to try some of the tapped maple syrup, which should be starting in the next couple days.

Posted by livingnaturally at 10:28 No comments:

It's that time of year again! I love picking apples, but since I don't have my own tree, I rely upon the generosity of others. This year I had a lady from my parents' church let me pick from her tree (cooking apples) and on Friday we will be picking at the same house as last year (crabapples). We've already picked about 150 lbs of apples, which surpassed last year's amount and we're not even done yet!

I count myself blessed for several reasons: First, because we have my teenage sister-in-law living with us and she's going to sell apple pies at the farmer's market to afford new sneakers. Secondly, because I believe the economic situation is heading in a downward spiral (already groceries are getting quite expensive), so anything we can get for free from nature helps us out. We are making only pies from the cooking apples and will make juice from the crabapples. My 4-year old loves juice!

Due to a late frost this year, there were ZERO saskatoons, which I literally cried about. However, it didn't kill the chokecherries, so we had a couple picks and made pancake syrup from them. I didn't make jelly/jam this year because my husband got sick of it. I made so much jam last year that he was up to his eyeballs, so, no jam this year...

Here is a picture of my pie-making - I usually can my apple pie filling, but since my husband was kind enough to make me crusts, I'll use em!

Posted by livingnaturally at 09:39 No comments:

I live smack dab in the middle of the Canadian prairies - it's an agriculture dream with the endless seas of wheat, canola and flax all around. Vegetables do wonderful in our rich topsoil, but the climate is a big challenge. Typically in my area of Manitoba our last frost date is May 28th and our first frost date is at the beginning of September, meaning I always aim for veggies that can be harvested within 60-75 days. 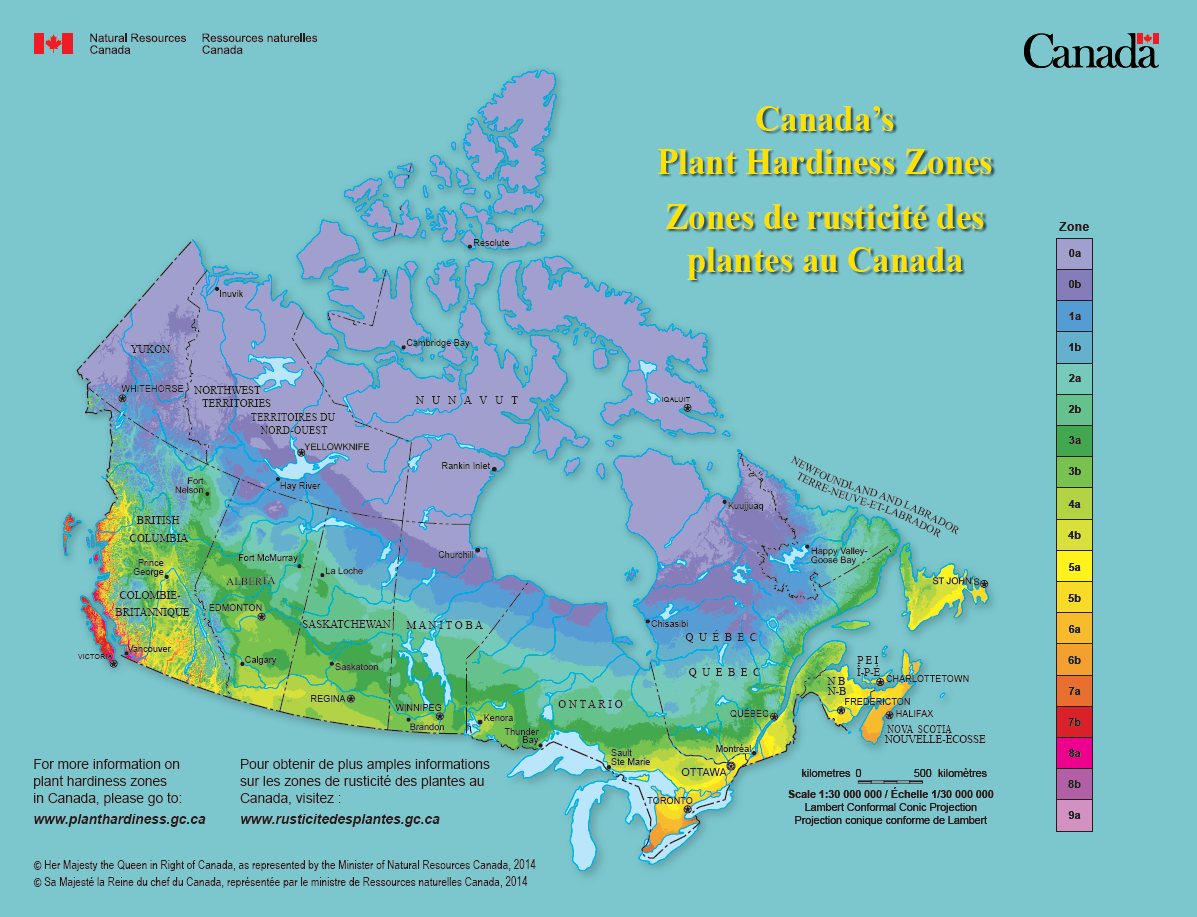 In our zone, potatoes win over corn every time. There is either not enough sun or not enough heat during any given summer to have corn grow well. Sure, it'll grow, but not to its full potential. Potatoes, however, grow in even the worst conditions. Plus, if you eat nothing but potatoes all day (and drink milk) you'll get all your nutritional requirements. They may be starchy, but they've got a little bit of every vitamin and mineral in them.

The next most wonderful vegetable here is beans. They're easy to plant, easy to harvest, and easy to store. I prefer bush beans because pole beans tend to grow taller than me and I don't have fancy trellises for them. If you're practical like me, bush beans are the way to go.

If you have enough space, I want to sing praises for pumpkins as well. Just four pumpkins kept our family in pies for the whole winter (but that's only because I didn't tell my husband how many I'd made, otherwise they would've just lasted a month!). Plus, pumpkin seeds are very high in iron, which is handy for pregnant, nursing, or menstruating women, or for anyone who donates blood regularly.

Although it's not a veggie, I also want to mention rhubarb and raspberries. These perennial fruits are absolutely essential for any northern garden. They require very little care and produce heartily. Oh, and they taste great!

I hope I've given you some ideas about what you should plant in your garden, but you're not limited to this list. I find tomatoes, peppers, and cucumbers (which all love heat) are difficult, but not impossible, to grow here, but you must start them indoors and keep them there until all threat of frost has passed. Good luck!

Posted by livingnaturally at 15:18 No comments:

Yet another jammies pattern! With summer coming (and my little girl addicted to dresses), I decided to make her another nightgown. Honestly, I chose this pattern because it looked easy, and I was not disappointed! I think apart from the cutting, it took me half an hour maximum.

The pattern instructions were easy to follow, the pattern itself was a dream, and although there aren't too many style options, it's a great straightforward pattern to have in your repetoire. I felt it could teach a beginner the best construction methods to use with other clothing items. I definitely recommend it! Now here are some pictures of the finished product:

Posted by livingnaturally at 06:11 No comments:

With size 3mm needles (set of five) cast on 28 (so working on 4 needles you should have 7 sts on each needle). pattern is 4 rows purl, 4 rows knit. Work pattern 3 times for cuff. Working on one needle only, work ridges. But since it's worked flat, the pattern will be purl row, knit row, purl row, knit row, then work another four alternating rows, starting with knit. (If you want, slip the first stitch of each row to make picking up easier) - you will do a total of 32 rows. Pick up 11 stitches along each side for a total of 50 stitches. (So the two small needles should have 7 each and the larger needles have 18 each). Work4 rows purl, 4 rows knit, 4 rows purl. Divide for sole (6, 18, 8, 18) with smaller needles being at the toe and heel. k2tog at the beginning and end of each needle, knitting the rest. Naturally, the smaller needles will disappear but just keep working on the other two. Work 6 rows, turn inside out and seam closed.

I am currently testing this pattern and would love feedback!
EDIT: Thanks to Lise for pointing out I'd repeated myself in saying to divide onto four needles. I also re-wrote the top portion to be ridged instead of flat, for extra stretch and to stay true to my Oma's originals.
Posted by livingnaturally at 10:47 1 comment: